One thing that you need to improve upon while trying to learn or become a master at poker is to understand your opponent as early as possible in the game. This is important for you to calculate and decide on whether or not to bet and continue in a game or fold depending on the circumstances and the cards you have received. This will go a long way in helping you improve your chances of winning in a game. 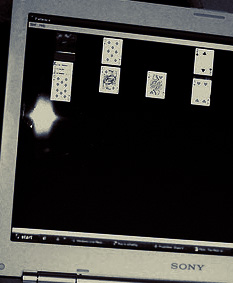 You should remember that you should notice, observe and remember whatever is possible about your opponent, his or her mannerisms, the way they bet, when they are betting or folding, tells to realize when they are bluffing, etc. While some of these things that you have observed will become quite vital, there might be other points that have no significance but knowing will be of some help at some point of time.

Another factor that you should think of while betting, especially with a marginal hand is to understand the way your opponent has an impression of you. If you have provided the impression that you are a loose player and very impulsive, then there is a high probability that your opponent will take a chance and call. But, if you have provided the feeling that you play a lot defensive then you can be rest assured that all your marginal bets will fetch you no where but you will get the benefit of being able to bluff to your side more frequently.

So, while playing poker, it is very essential that you provide the right impression to your opponents. Also, it is good to demonstrate that you are very impulsive and erratic although you should just be the opposite. The other players should not be able to judge you or be able to analyze how you are playing at any given point of time. This is good for you to bet and be able to achieve your objectives.

Let us now see a hypothetical situation in a game of draw poker where you have drawn the following cards for yourself.

The betting is at $10 prior to drawing and $20 after the draw. Before we see what you are planning to do, bet or check, it is important to know that in draw poker you have jokers that can be substituted for any card to form a pair or a straight or a flush. Let us now assess whether to bet or to check by assessing how your opponent is playing and take a decision based on this.

1) If your opponent is down to the last and has only about $15 with him, then you are safe to either bet or to check as your opponent cannot raise the bet as he does not have the complete bet amount with him. If your opponent has a good hand, then he might respond with a bet in which case you would be better off if you had checked.

2) If your opponent is one that would not play unless he has a minimum of an ace pair. In this situation, you still go in for a bet although the opponent is known to play only in case of a good hand.

3) If your opponent is known to play safe unless he has a full house, the option would be to bet. But, if your opponent counters and raises the bet, then you have to fold.

5) You know your opponent is a loose player and will call anything above a queen pair. Here you can go ahead and bet hoping the player is playing a loose game.

6) Your opponent is known to call when he has a pair of aces. Here you better check as betting might lead you to increased losses.

7) Your opponent has the habit of raising the bet when he has a three of a kind or better. This is a situation to check as betting might prove a little costly even if you have to fold later.

8) The other player has the habit of re-raising in case of a bluff. Here you can bet as you can safely fold if the player re-raises.

9) Conversely, if the other player has the habit of re-raising a bluff, you need to bet as you can call when the player raises the bet.

10) The other player has the habit of avoiding calling save for helps. In such a case, it is best to check as the other player will not call with a low down pair.

11) If there is a person like a wife or relative close to your opponent, it is less likely that your opponent will bluff. So, in such a case, it is best to check.

12) Your opponent is one to play a game wherein he calls but will hardly raise. In such a scenario, the best option would be to bet.

14) Your opponent is looking away from you trying to appear cool and casual. This is a tell where the opponent is trying to bluff you as he has a good hand and will bet. In this case, you need to check.

15) You have an opponent who is like an open book. You need to check in case he bets then you can take appropriate action.

16) An ace has been discarded from your side. In this case, you are better off betting as it is less likely that he can come up with a three of a kind with aces. The chances of being raised are lesser.

18) Your opponent is continuing to stare at his cards while he is waiting for your response. This is a natural tell wherein the person does not have anything worthwhile and is just looking at his cards. Go ahead and bet.

19) Your opponent is on a tilt and is behaving erratically due to his losses. It is quite safe to go ahead and bet as such a player will call all the games.

20) If your opponent has just done some favor to you, it is more likely that they will not go in for marginal calls. In such a situation, you gain more by checking.

So, as we have seen, by making observations of every kind, you can reach to some conclusions about whether or not to call and in most cases, making such observations will lead you to making good decisions that will help turn things in your favor most of the time. You don't have to think about such problems when you play blackjack online. Though, it doesn't matter what game you play, remember about the danger of gambling addiction.

This book explains everything you need to be a big winner. Unlike many other books about small stakes games, it teaches the aggressive and attacking style used by all professional players. However, it does not simply tell you to play aggressively; it shows you exactly how to make expert decisions through numerous clear and detailed examples.

This book does more than just show you how to calculate the odds - more importantly, the focus is on how to apply odds to make better decisions. Hilger's approach shows that you do not need to be a math wiz to be successful in poker. Simple concepts and strategies that anyone can learn will have you matching wits with the top players in no time.

The Psychology of Poker

Dr. Schoonmaker is concerned only with the way that psychological factors affect your own and your opponents' ability to play properly.
For example, have you ever wondered why some players seem extremely aggressive while others are passive? Why some are tight and others loose? Furthermore, have you ever wondered why some tactics seem to come naturally to you while others don't?

All these books can be found at Amazon